Just around the corner from where I stay in Chengdu is the Tibetan Street. 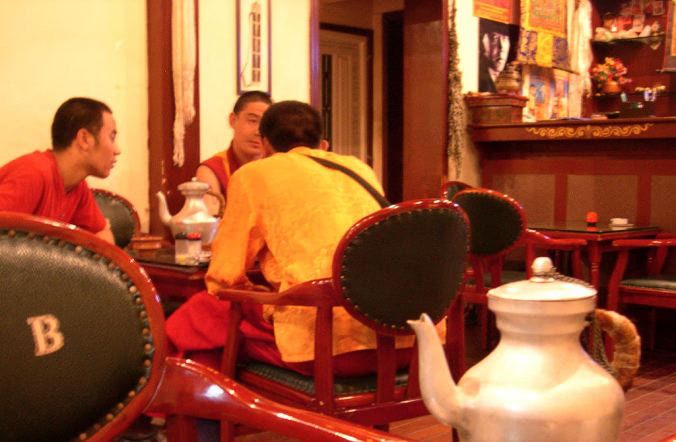 There is a cafe here where friends drop by. We talk about far away places as many of my friends are from the nearby University for the Nationalities. Nationality is the term that is used for an ethnic minority in China. Some of my friends here belong to Uyghur, Korean and Kazakh nationality. Even some of my Han Chinese (the majority ethnic group in China) are pleasantly surprised to come here as they have never tried the food or drink from this neighbourhood. In recent years, some Tibetan and Uyghur popular culture elements are creeping into the mainstream. 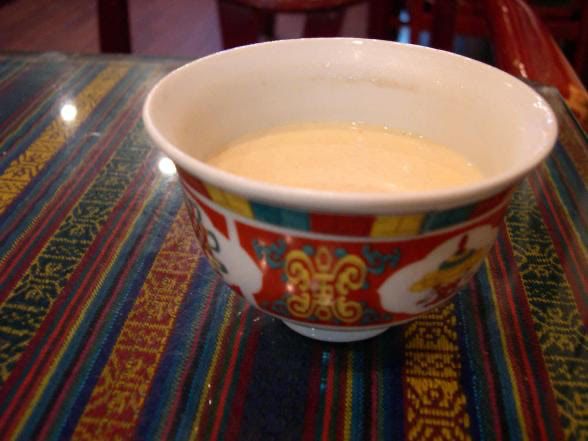 The yak butter tea is my regular fare. The only bug is that your clothes continue to smell of yak fat for the rest of the day.

The incident with the red pencils One day I was going back home along the Shanxi Jie (in Chengdu). I saw these kids walking in front of me. Suddenly they stopped, made themselves

My serve the people canvas bag Bought this bag in Chengdu last week. The Chinese text 为人民服务 (wei renmin fuwu) translates to “serve the people” - one of Mao’s slogans. Yesterday