I was in Nha Trang, a seaside town in Central Vietnam. Students play soccer by the beach. 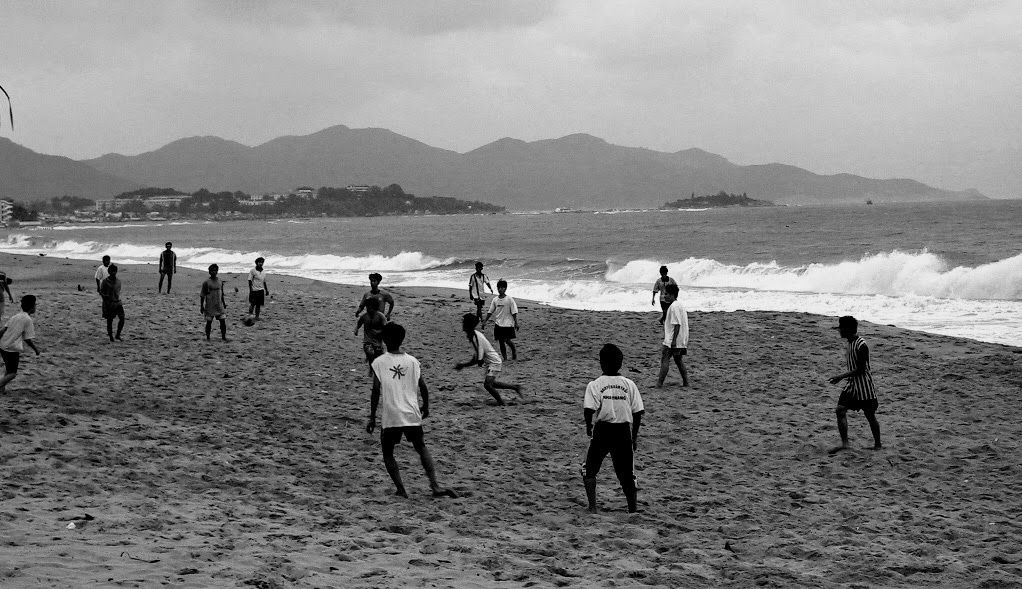 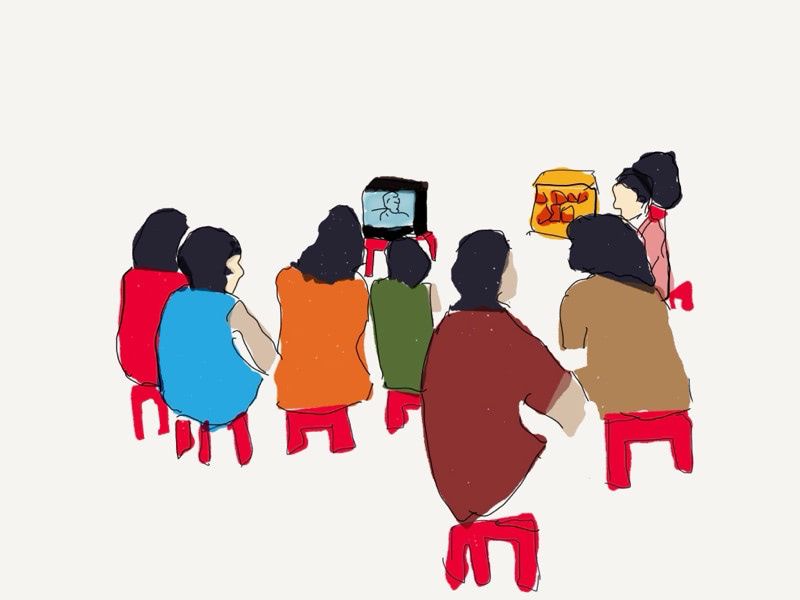 I was walking around late one night near the train station in Nha Trang. I stopped at a streetside drink stall. People had huddled around a television playing some movie. As I moved closer, I realised that it was an Indian Bollywood movie. Someone cleared some space for me, and another person passed me a stool. On Vietnamese TV, they use the same voice talent to do the dub for all the actors. It is not so much dub, it is a voiceover that narrates the individual dialogues and sometimes provides additional context. I could still hear the original Hindi soundtrack. As the translation always trailed the actual dialogues, I would laugh at a joke, and the rest of the audience laughed a few seconds later. Soon it became like a ritual - as soon as they heard me laugh, they would burst out laughing.

Update 2019: Remembered this incident while watching a documentary called Chuck Norris vs Communism. It tells the story of Irina Nisotor, a Romanian translator who was hired by the black marketers to dub bootleg Hollywood videotapes. She dubbed 3000 movies from her makeshift studio - recording the voiceover for each character in the film. It was said that her’s was the most familiar voice in Romania after the dictator Nicolae Ceaușescu’s. You can watch the documentary on Netflix (or just run a video search for the name and you will find it online somewhere).

Solar charging in Yunnan Now you be good this is not food. My dear Yak, It is an iPaq. Bita Sea, Yunnan-Tibet border. Using the Solar Charger to power the iPaq. I was busy