A few weeks back there were some articles about fast food companies losing money in Vietnam. They even had some experts explaining that foreign fast food can’t compete with cheap local food in price and variety. (I think that there is a big enough market for both) . Yet, you see many such companies opening more outlets. What is this mystery?

Actually, you just need to dig a bit more and you’ll find the answer. It’s not just fast food, nearly half the foreign-invested enterprises report losses. They allegedly make use of transfer pricing (activities that make use of legal loopholes and complicated paperwork) to show smaller or absence of profit. Even the party newspaper has weighed in on this. http://en.nhandan.org.vn/business/item/6444402-transfer-pricing-a-challenge-to-vietnam’s-tax-authorities.html

I recall people making the same argument in China about 15 years back. China too had a lot of affordable and diverse range of street food. Over the years local and foreign fast food chains have become a part of everyday life. I remember in the early 2000s, Mc Donalds targeting grandparents who used to pick up their grandchildren after school. They had a spacious play area for the kids. 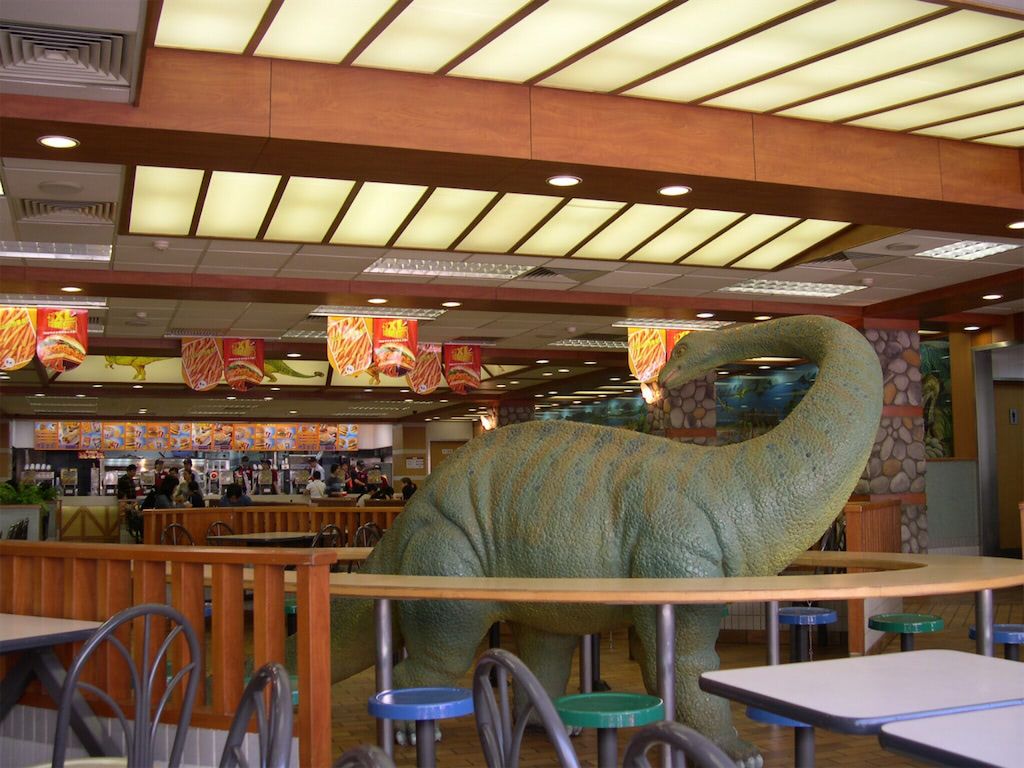 I found this dinosaur at an Mc Donalds in Beijing in the spring of 2004. People usually go to the fast food places when they feel like sitting in air-conditioning and away from the pollution of the street.

Garlands at the foot of the mountain (movie) In 1979, China and Vietnam fought a brief border war. One reason for China’s aggression was Vietnam’s toppling of the China supported Khmer Rouge

Such a cute She said she does not believe in Valentine’s day or Halloween. But I always believe in her