The bang bang, the stick-men of Chongqing

Sometimes when I eat spicy Sichuan food, I remember my time in Western China. Chongqing is a municipality located in Central China. It used to be a part of Sichuan province, but now it is a special city like Beijing and Shanghai (and Tianjin).

Chongqing is also unique in the way that you will not find as many bicycles as other cities in China. This is because the city is built over several hills. The roads and lanes rise and fall regularly making bicycling hard.

These stick-men (locally knows as the bang bang) help people to carry their groceries or other heavy things. You can find them in shopping areas, waiting with their long bamboo poles. Once you hire them, They will tie your stuff to the pole, haul it up their shoulders and walk along with you to your place. 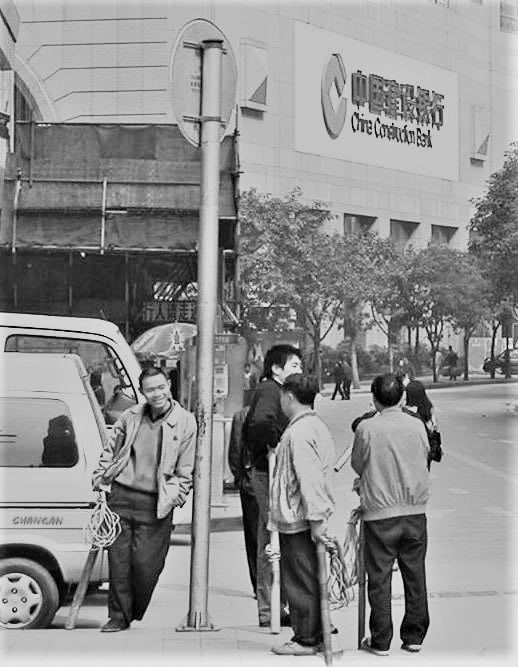 Update 2018 October. Seems that the stick men are disappearing

Pesta Blogger Indonesia 2007 Last weekend in Jakarta, I attending the Pesta Blogger Inodenisa. This is probably the first such large online writing community meet in Indonesia.