Rambo in the water

Spotted this rainbow in Dalat today. 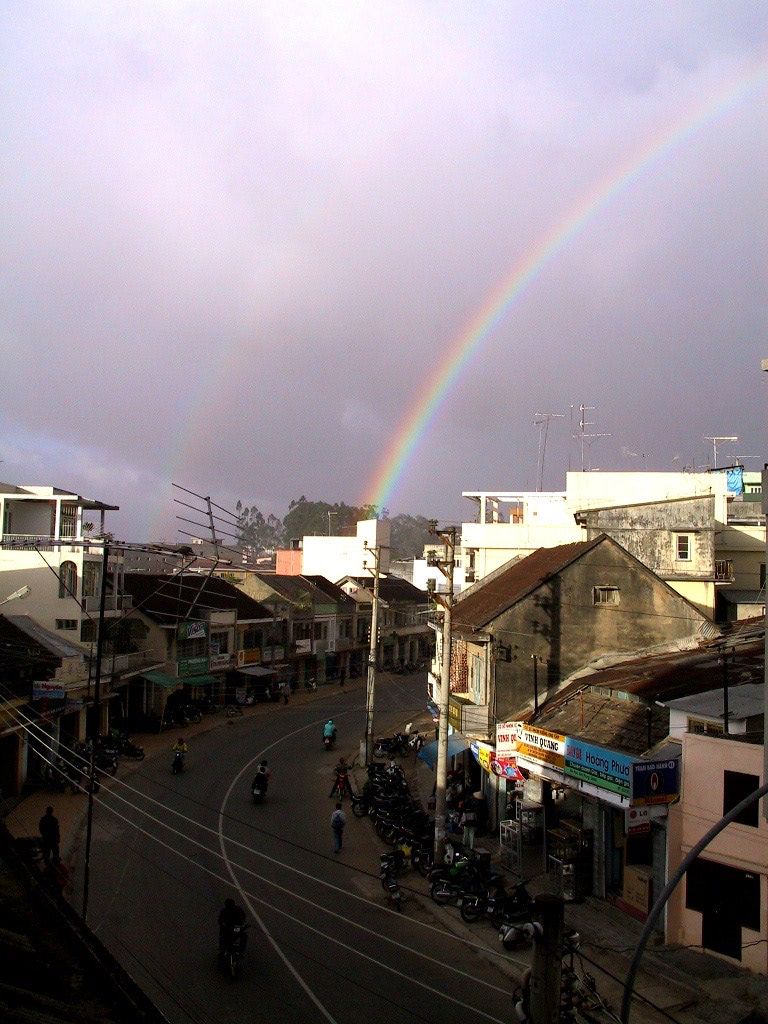 In the 1980s I lived in Bombay. One day a neighbourhood kid came running “There is Rambo in the water!”. When we went to investigate, we found that he was describing the rainbow pattern that oil leaking from a car had made on a small puddle. Seems, the kid liked to mispronounce rainbow as Rambo (Rambo movies were the craze those days).

The Vietnamese dub I was in Nha Trang, a seaside town in Central Vietnam. Students play soccer by the beach. I was walking around late one night near the train

The Áo dài calendar Áo dài, the Vietnamese traditional attire, had always fascinated me. I had seen a calendar with ao dai models in one of the travel offices down