Tomorrow (Feb 3) is Setsubun in Japan. Men and boys will wear an Oni (demon) mask. Others will throw irimame (roasted soybeans) on them and say “Oni wa soto! Fuku wa uchi” which means Oni go away and fuku (good luck) come in.

The beans are thought to symbolically purify the home by driving away from the evil spirits that bring misfortune and bad health with them. Then, as part of bringing luck in, it is customary eat soybeans, one for each year of one’s life, and in some areas, one for each year of one’s life, plus one more for bringing good luck for the year to come. In the Heian era, a famous Buddhist monk was said to have driven away oni by throwing beans.

These days you can buy the Oni mask in supermarkets. The Oni also contains a packet of irimame (pan-fried soybean) that others can throw on you. 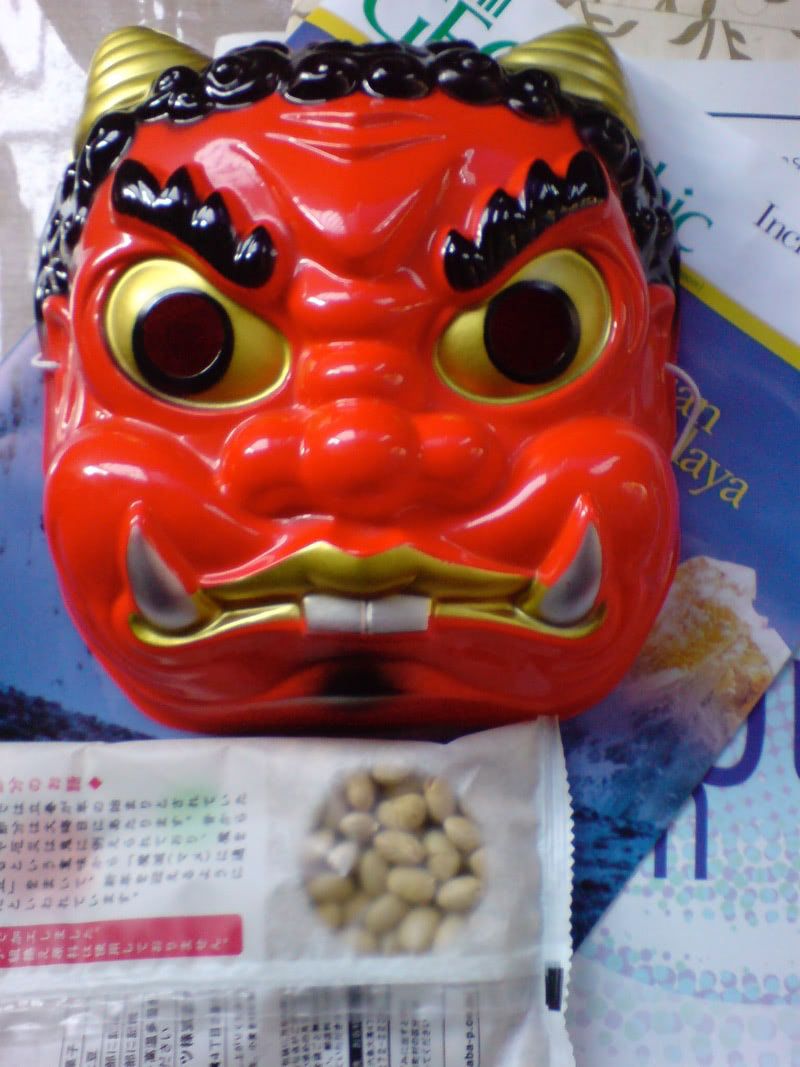 Now I am the Oni. Where are the children? Throw irimame at me. 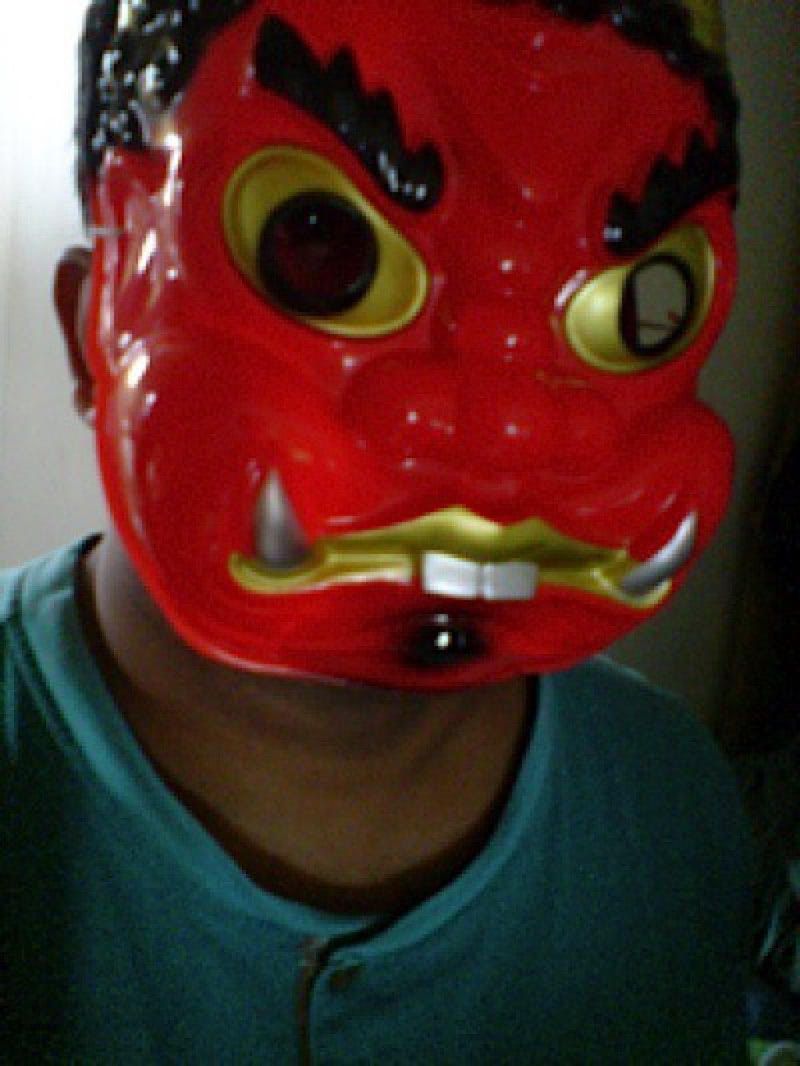 Personal and business cards in China and Japan, and Moo Cards Personal name cards of girls in Japan often feature such cute characters and might include their blood type. Many Japanese people think that blood