On the border with Shan, Mae Hong Son

It is always nice to be able to go to a smaller town and spend some peaceful days. I went to Mae Hong Son. Mae Hong Son town is in the province of Mae Hong Son (yes, same name) just next to Burma. Most of the people here are Thai Yai(also known as Shan people) similar to the people in the neighbouring Shan state in Burma. Various hill tribes ( Karen, Hmong, Lawa, Lahu and Lisu) make their home in the surrounding mountains. Some of them are native of this region, while others moved from Burma to escape the fighting between the Burmese Army and rebel factions. Mae Hong Son used to be the place well known for drug lords and opium. Now, things have quieted down. Tourists use this town as a base to see the hill tribes. The town itself is attractive and friendly and makes you stay longer than you planned for. Some pictures from Mae Hong Son… 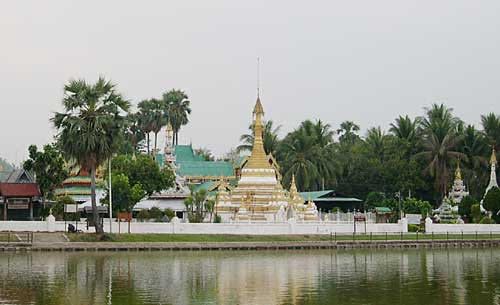 The Shan style Wat Jong Klam across the lake 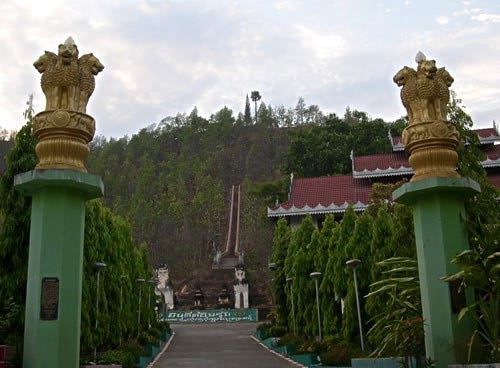 Asoka’s pillars at the start of the climb up the hill to the Wat Phra That Doi Kong Mu. 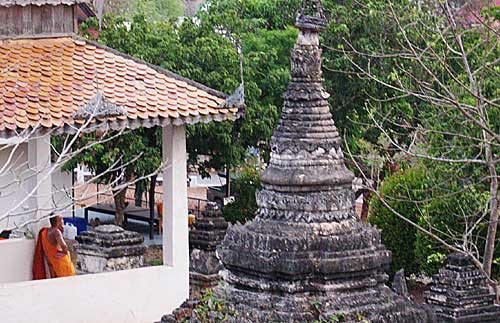 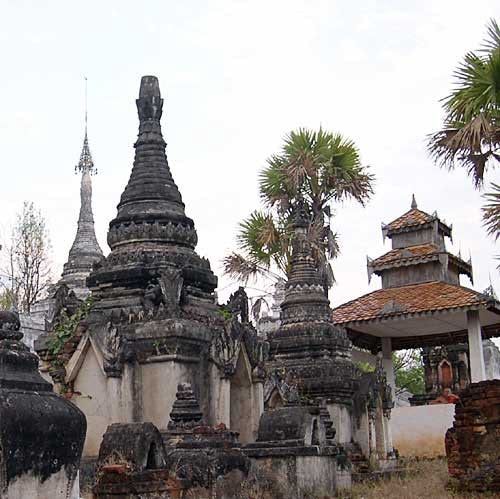 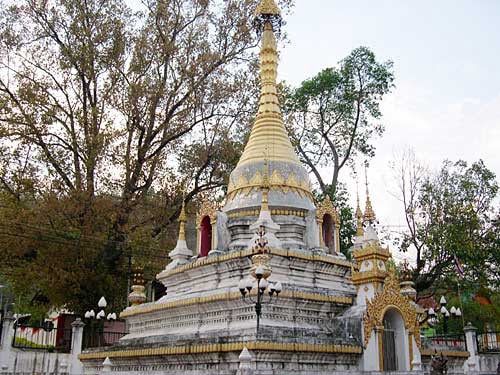 The “Crossroads” is the local watering hole. 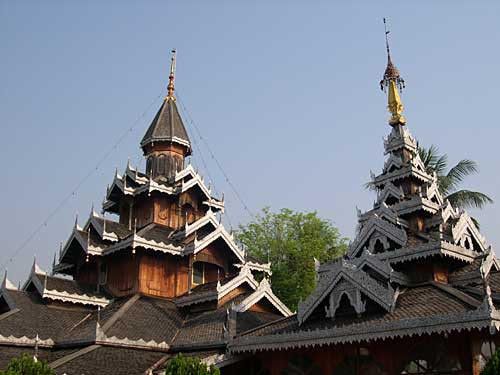 A cabbage farm. The hill tribes resettled in the hills grow cabbage and other cash crops. The Thai government is encouraging this as an alternative to Opium 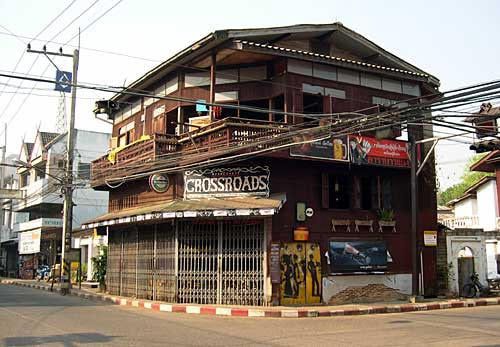 A lake about half an hours drive from the city. 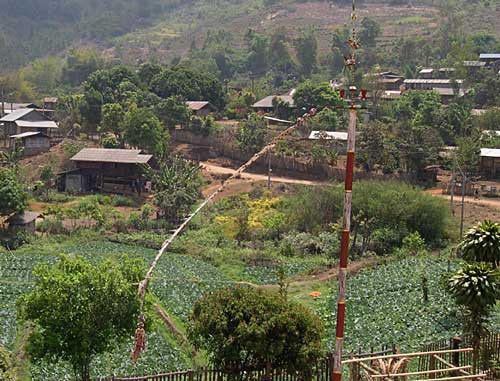 A Karen gentleman runs a small guesthouse and a coffee farm. We spoke about the old days in Burma. He is been living in Thailand for 15 years and he was happy to meet someone who has been to the old country. 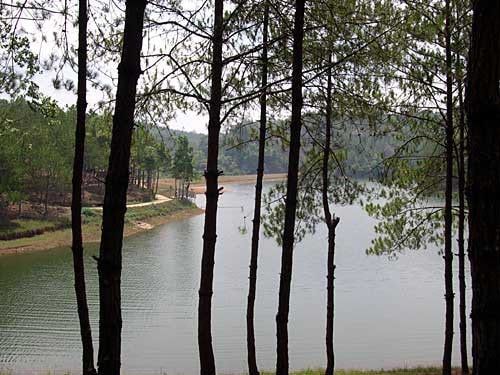 The farms on the way to a Chinese town Mae Aw. The Chinese in this part of Thailand are the remnants of the KMT (Kuomintang) — Chiang Kai Sheik supporters who fled Yunnan province when Mao’s communists took over. They trekked through the highlands across Burma and landed up here in Thailand. The original plan was to stay here for some years, replenish and attack China in two waves — one from here and other from Taiwan. This plan never materialized. The Chinese have stayed back and made this place their home. 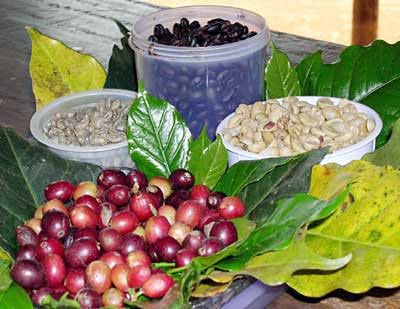 The villagers returning from a ceremony. Their faces were black. They said they were attending an ancestor ceremony where they darken their face with black paint.

Passing through the “Oolong tea” farms. The Chinese sell this tea in their village. 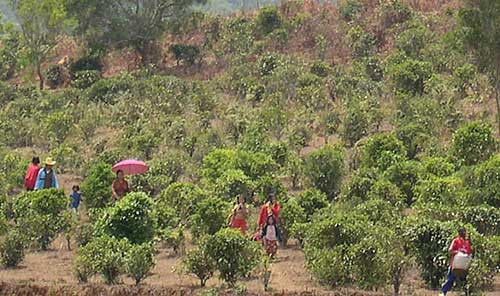 This is a Shan delicacy, similar to the Yunnanese spicy noodles. 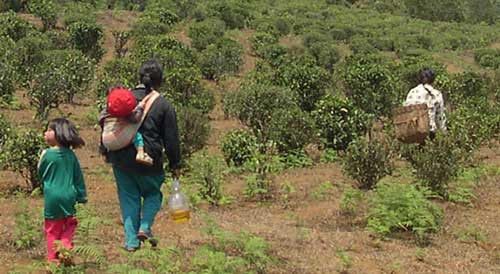 Another Yunnanese dish. These “spring rolls” are stuffed with pork and fried. 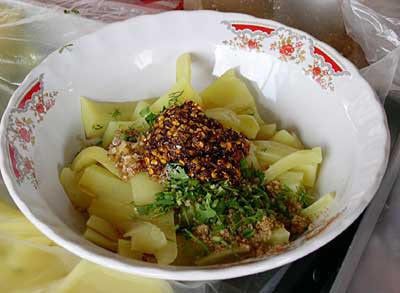 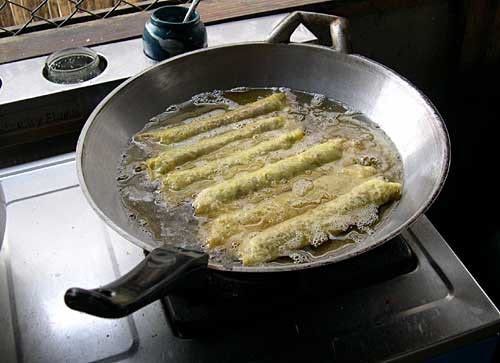 The lunch — Bottom left is the interesting tea leaf salad. On the right is the “spring roll” cut into slices. 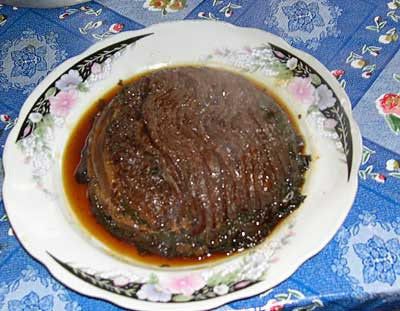 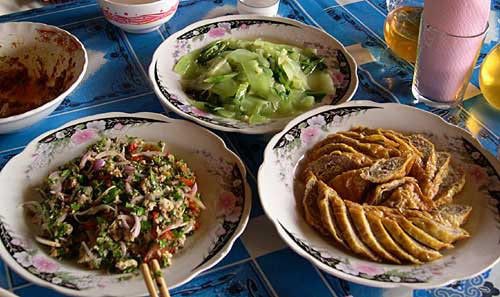 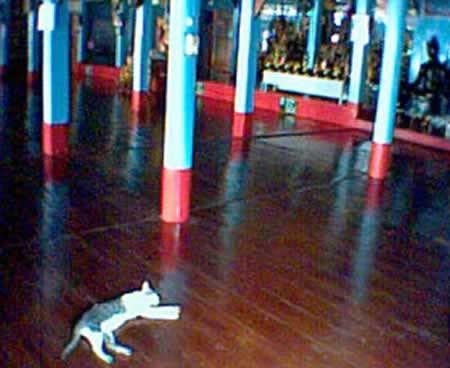 “Happy Songkran” in Chiang Mai I was in Chiang Mai in time for the Thai New Year (called Songkran). It is getting hotter. And a great time to splash water at each other.

Where are the tourists? An inn-keeper on the lookout for guests in Narathiwat, South Thailand. Terrorism has scared away the tourists over here. I spent a couple of days