One movie I like a lot is “The name of the Rose”. It is a detective story set in a Benedictine abbey in early 1300s. Sean Connery plays a monk investigating a series of murders in the abbey. I have been searching for similar historical detective fiction. The other day in the library, I found a book called “The Chinese Gold Murders” by a Dutch author Robert Van Gulik.

The hero in the book is a smart and righteous magistrate called Judge Dee, who solves couple of murder cases and uncovers a smuggling racket. The stories are set in the Tang dynasty (676 AD). Judge Dee was a real person by the name of Di Renjie. He lived from 630 to 700 AD. He rose from the rank of the magistrate to eventually become the prime minister. Chinese writers in the later periods started using his character in detective stories. Most of these later stories were fictional.

Van Gulik was a scholar of Asian history and a Diplomat. He revived the character of Judge Dee. Initially he translated some of the existing stories. Later he went on to create his own stories based on the Judge Dee character. The stories are detailed with colorful portrayal of the cities and the society. Van Gulik also illustrated the books and each of the books. In his drawings, Van Gulik used later day Ming period costumes as the Chinese writers do. Each story features at least one nude. 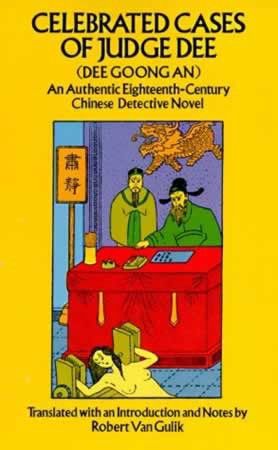 Across the Sungai Kolok, from Thailand to Malaysia I crossed into Malaysia from Southern Thailand. Narathiwat is a sleepy border town with hardly any tourist. It is also a lovely seaside town with

To make a little girl smile I often meet fellow travellers who like to ask how many countries I have traveled to. Also, there are some people who lament that they have not