Some days, I wake up in strange places. Sometimes on a train, hearing snores all around me. Sometimes there is a desperate little fan blowing hot air and some nights I am freezing and cursing myself for not packing enough clothes. There are nights when I am home, and I wake up yearning for the discomfort because I know at the end of it is a place waiting to be explored.  Discomfort it was, I had rushed to Guangzhou station, bought a ticket to Yueyang, not knowing much about the city. The new-found friends on the train mentioned that I could die of cold, I would need more clothes. Soon enough, I started to feel the cold, and it was inside the train, I dreaded what it would be like outside. Early in the morning, we reached Yueyang. I wore both my T-Shirts. Still, I shivered. 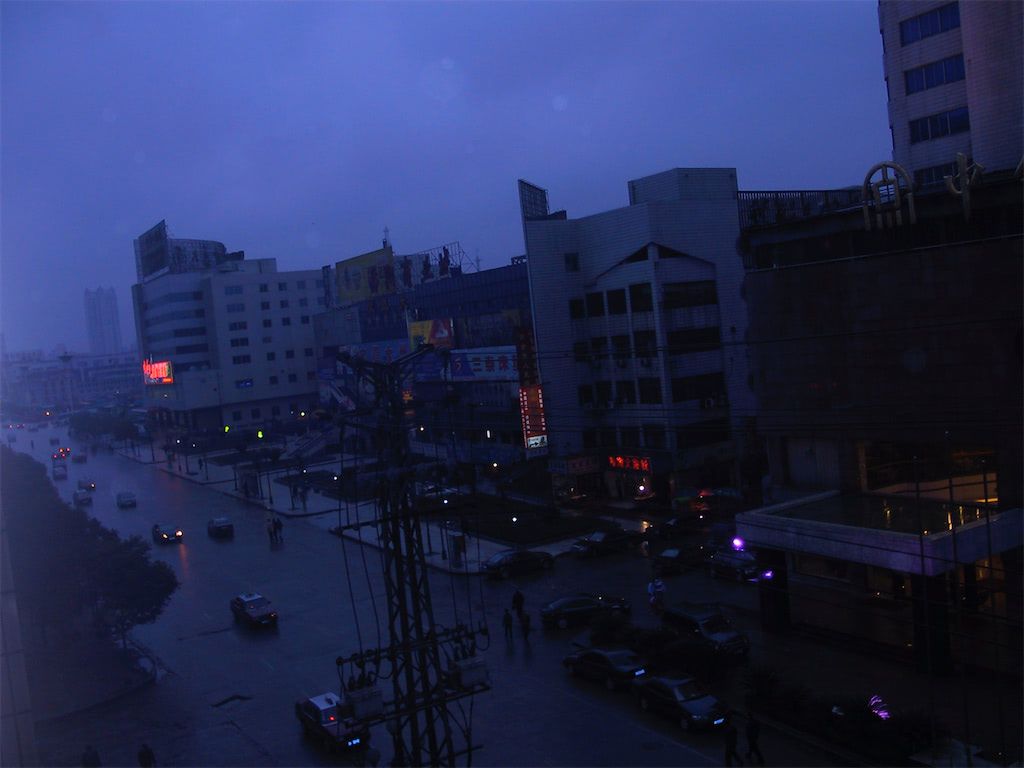 I walked into a hotel ten minutes walk from the station. I was happy to be inside the building. It was warmer. I walked to the reception only to find the receptionist fast asleep on a makeshift bed made from a couple of chairs. She looked so comfortable with a blanket pulled up till her nose. I did not have the heart to wake her up. I went up to the sofa and fell asleep there. Eventually, the sleepy girl woke up. I got my room. It rained most of the morning, and the sun stayed hidden behind the clouds. I watched a music channel. It was showing Korean music videos. Clear skies, red flowers and a pretty girl walking by the water. I resolved to go to Korea. By afternoon, the sky had cleared, Yueyang is a smallish city with a large city square and even larger “big-screen” TV up in the middle of the square. It was cold. Everyone kept asking me if I was not feeling cold. I stopped by a little eating place. The woman who ran the place pointed a shop to me where I could buy a yifu (jacket). She advised me that I should bargain, the salesman often scammed people it seems. 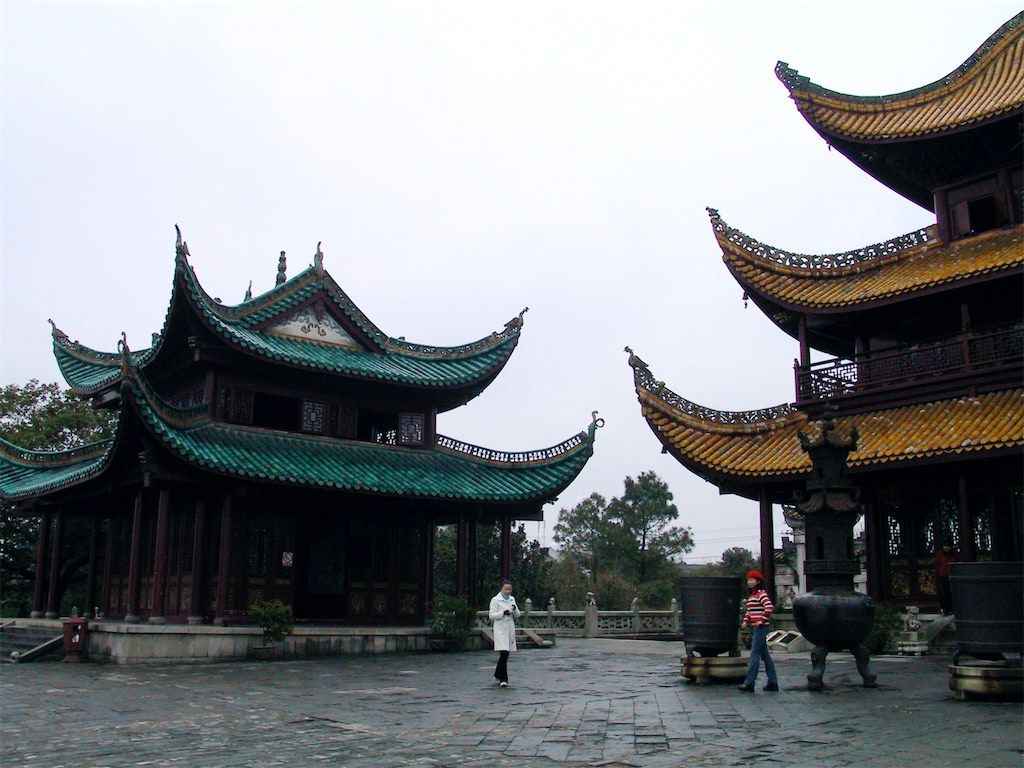 I walked up to the Yueyang tower. It is the main attraction in the area. I saw several school buses parked outside. The park surrounding the tower was full of students. The tower itself was desolated except for a stall selling film and refreshments. I was cold…my fingers numb. I bought a packet of dried meat from a stall. I was happy to see a generous sprinkling of chilli seeds. The chilli and the smiles from the girls at the stall kept me warm. They were amused at my Chinese. I scammed them, and I told them that I was from Xinjiang. As it often happens, when you mention Xinjiang. The people ask you to sing- supposedly Xinjiang people are excellent at singing and dancing. I told the girls that I was a lousy singer and dancer so my folks “bu yao’ed” me from Xinjiang. 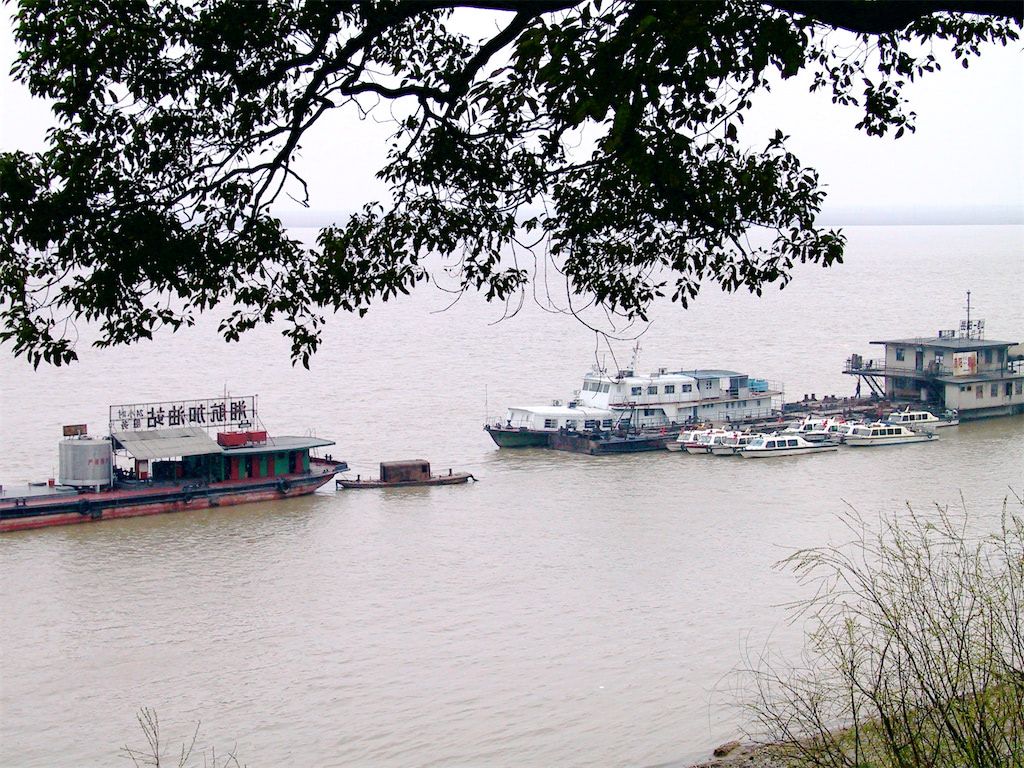 The Dongting Lake at YueYang

From the compound, you can see Dongting Hu, the biggest freshwater lake in China. I strolled around the lake for a while and then headed back to the City centre. The school kids going back home were happy to see me. Scam Nick called up and asked me to come to Shanghai.  Later at night, I went back to the same eating place and proudly showed my “yifu” to the lady. She asked me how much I had spent, and when I told her the price, she was satisfied that I was not scammed. I asked for some noodles; she cooked some. I was hungry, and I finished the whole bowl in two minutes. She then asked me if I was still hungry, she said she would make some more. I said I was full. She said she wouldn’t charge; she wants to make sure that I am not hungry.

One travels to see new places. In my case, I do not care. I travel to experience people. Some times I will go to a historical city. I would be least interested in seeing the sights. I would rather spend my time trying to meet some people in the residential part of the city. I avoid famous places. I am happy in a smallish regular town…just being there playing with some kids. And I know, In these cities I meet kind people, people who are curious about you. I know as cities become bigger, we will have less time for each other and eventually, we will probably not care much about connecting with strangers. I guess I will continue to seek out new places where I can interact with people. As Vikram Seth wrote in “From Heaven Lake” — Sometimes I seem to myself to travel to build future nostalgia.”

Of course, we love Ayumi I took a train from YueYang to Changsha — the capital of Hunan province and also the city where Chairman Mao went to school. I got talking with the