A song for every person you meet

The other day, I met a Diane. I had “Oh Diane” (by Fleetwood Mac) on my iPod and I played it for her. Diane had never heard that song. It amused her. Happened again with Angie when I got her to listen Rolling Stone’s Angie last weekend.

My first MP3 player was a Creative Nomad. The bug with Nomad was the memory and transfer speed. Over USB, one had to wait for several minutes to transfer a song. 64 MB could hold about 10 songs. And when 10 songs are the max. you can hold, after a few days, you do not want to listen to those songs ever again.

Next, I used an iPaq to play music. On the PDA, it’s the battery that drains real fast while playing music. 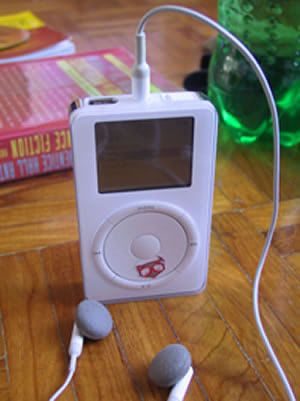 As usual, it is Apple that comes up with the most elegant solution - the iPod with 5 GB memory (about 1000 songs), 10 hours of battery life and super fast firewire connection.

With the iPod you have music for every occasion and a song for every girl.

The land of a million smiles Lao is one of the most bombed countries in the history of warfare. During the Vietnam war, the North Vietnamese supply routes used to run through

Trying Kawa in Fiji I spent a week in Fiji running a workshop. At the end of the classes, I was invited to attended a Kawa party. Kawa comes from the root of a pepper